Last week I finished my second contribution to Les Fumettos du Cyclope (300 pages of cutting edge graphic narrative to be published in mid-December by Trip).  Both of my stories for this book explore philosophical themes and I’m considering writing a few more like these and publishing them together as my philosophical comics.

My first contribution, À lire en cas de crise existentielle, is a first-aid kit for those suffering from an existential moment.  It is loosely based on an earlier short animation film became my biggest hit on YouTube.

My second contribution, Des chemins et des ruines, is also based on an early short film.  In it, I draw parallels between Socrates’ acceptance of his death sentence to remain faithful to his principles and the dilemma a young divorcé faces when she can’t reconcile her vow to live with her husband “until death” and her present situation.  This comic asks the big question: must we die for our principles?

Here are a few images from the finished story and their corresponding thumbnail sketches.  The thumbnail sketches are quite small compared to finished page (about an inch high),  I do them quickly while I’m writing the script to help me visualize how the page will look and to know if I've put too much on a given page. 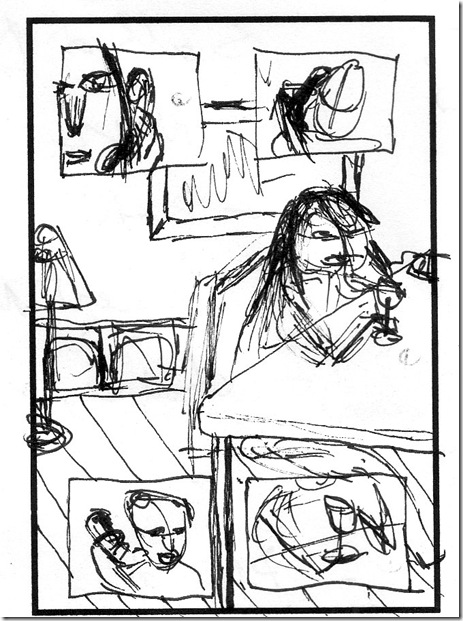 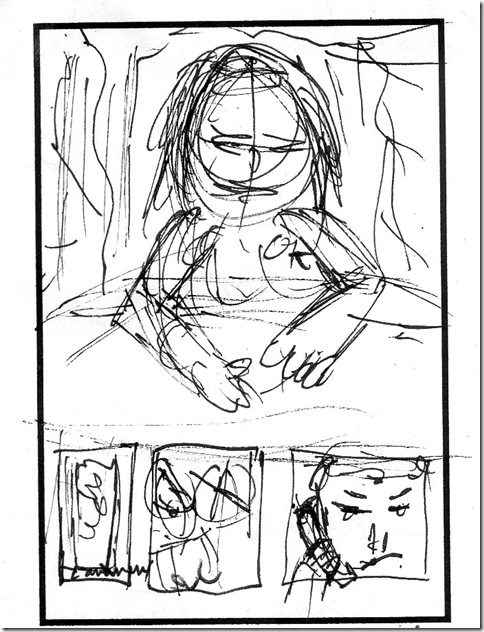 I inked these pages on the computer using Manga Studio and Photoshop in a traditional ligne claire style.  Instead of colouring them, I scanned different fabrics and created a digital collage with them.  Originally, the line drawing was supposed to give the outline to make that fabric collage and I wanted to remove the line drawing after it had served its purpose.  However, I decided to keep them in the interest of legibility. 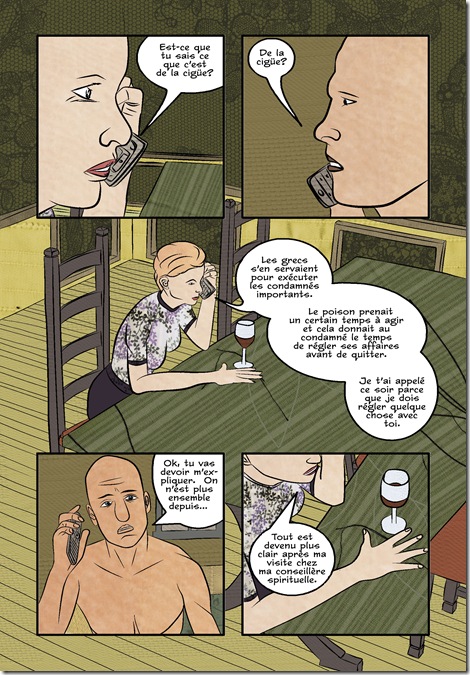 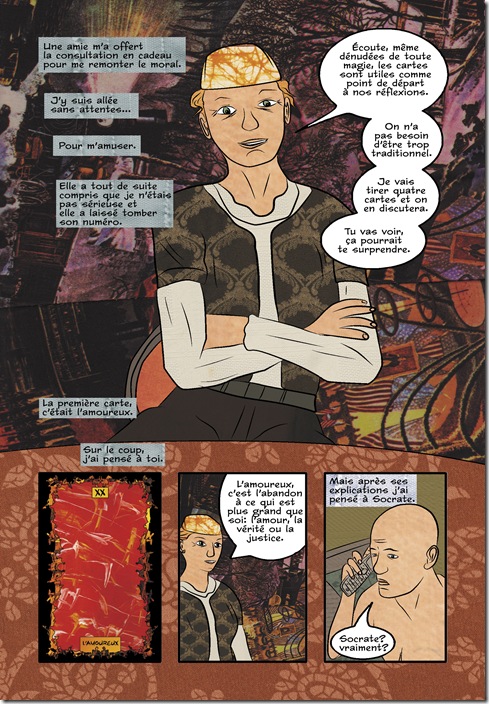 The tarot cards are small paintings on canvas paper I did with acrylic, gouache and ink.

By all accounts, Les Fumettos du Cyclope will be an amazing art book and I’m thrilled to be a part of it.  I look forward to the book launch party at Le Cheval Blanc on December 18.  See you there!

at 11:04 AM
Email ThisBlogThis!Share to TwitterShare to FacebookShare to Pinterest
Labels: bédé, drawing